If you'd love to turn heads in a teardrop caravan, maybe this funky, fixed-bed T@B 400 TD is the answer? Let's see if this clever caravan has what it takes

My barber bought a T@B a couple of years ago.
He’s a man of some refined taste, as one can see from his shop.
So when, newly married and with a baby on the way, he was looking for a stylish way to holiday, a T@B seemed the obvious solution.
He wouldn’t be the only one smitten.
These teardrop-shaped caravans have proved popular for people seeking a tourer that shows off a bit more style.
T@Bs are also known for being on the small, light side, making them a possible match for a wider – and cheaper – range of tow cars.
The T@B 400 TD we tested is a slight departure from the norm, in that its interior length of just 4.21m holds a fixed double bed and a most unusual dinette.
Let’s see what it’s like!

Pitching and setting up

Neither of those features are immediately obvious when you approach the caravan.

It’s the exterior that excites the most, with grey sides set off by charcoal grey mouldings on the corners.

(The spot pattern on the front window is a relic from a Christmas promotion run by Barnsdale Leisure, where we viewed this model.)

The gas bottle locker looks old school, although the gap between the front of the caravan and the top of the locker means it isn’t quite as sealed from the elements as you might be used to.

There are some compromises that come with such an unusual shape.

The rear corner steadies are so far under the body, you have to kneel down to reach them.

The excellent build quality on the outside is just as evident when you step inside: the woodwork is solid, even the edge of the shelf that runs along the top of the back of the caravan.

The teardrop shape helps to reduce wind resistance outside, but doesn’t lead to compromises inside – headroom is excellent over the central kitchen and entranceway, and only reduces over the fixed bed at the front.

The dinette to the right of the door as you walk in continues the quirkiness, as it is set at a slant.

This allows for a tiny bit more room, although you still won’t get more than four people in here.

Both settees have ample curved backrests that make them very comfy, even if you would be hard pressed to stretch out.

Those funky portholes either side, with handy bookshelves but sadly no USB points, are matched by the blue upholstery, although we weren’t so taken by the odd pattern on the table top, which just looks stained.

A surprisingly low pendant light makes this area feel almost like something you’d see in Ikea, while a voile blind helps to diffuse light from the large window.

There are also two directional spotlights in this part of the T@B 400 TD, with a mains socket next to one of them.

Everyone sitting here should be able to view the TV, which, if fitted, swings out from a bracket.

The whole place is well heated, with one vent under the offside settee and another shared with the entrance.

You get a bit of workspace in front of the three-burner hob, although there is also an extension that is partly separated off by a frosted panel – presumably designed to stop any hot fat hitting the TV or anyone in bed.

The area is lit by two LED lights and a large window.

There is a mains and 12V socket behind the round sink, with a space large enough for a small kettle.

The handles to many of the drawers and lockers have separate push catches, but they are still within easy stretching distance of even quite small hands.

The two overhead lockers are big enough for dry goods, but are not shelved.

There is a cutlery drawer and pull-out basket unit next to the 92-litre three-way fridge.

Turn around and you’ll spy a thin column of shelves next to the washroom door, for spices.

Kitchenware will probably all go in the shelved cupboard that opens out under the round sink.

One area of disappointment is the cramped washroom.

It looks stylish, with a Venetian blind on another porthole window.

You also get good shelving around this window and a large mirrored cupboard above the washbasin.

But the washbasin itself, with a tap that doubles as a shower head fitted as an optional extra in our model, is shallow.

The shower tray shares space with the toilet, and comes with a wraparound curtain that really doesn’t leave a lot of space.

But at least you get a heating vent. A superior heater was also an extra on our model.

The fixed bed in the T@B 400 TD has headboards either end, and is lit by the large slit window.

It’s the perfect place for lounging – especially as you also get two directional spotlights and a cubbyhole for books, which does include a mains socket. You can watch TV in bed, too.

The third single bed is made out of the front dinette and if you use it, you will need to find space for the bulky backrests when you are making up the bed, or for the infill cushions during the day.

Storage in the T@B 400 TD is impressive.

There is no handle to help you lift the bed slats, but they do stay up, to reveal a huge storage area with external access that is almost entirely clear.

There is a fitting for a bike rack on the back of this caravan, but you could almost slip one in here – and you wouldn’t have to worry about putting too much weight on the back if you did.

There is at least some space under each of the seats – although you will have to move the heavy cushions to get into this.

The well-planned full-height wardrobe has two netted shelves above a fuse box on the side, and a third shelf across the top.

If you’re looking for a stylish-looking caravan that’s small and easy to tow almost anywhere, then the T@B 400 TD should be near the top of your list.

In comparison to other admittedly smaller caravans with similar credentials, the 400 TD is on the pricey side, but all things considered you will probably find that the USP here is most likely the fixed bed, rather than the funky overall design. 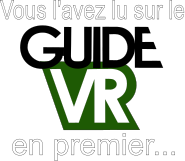